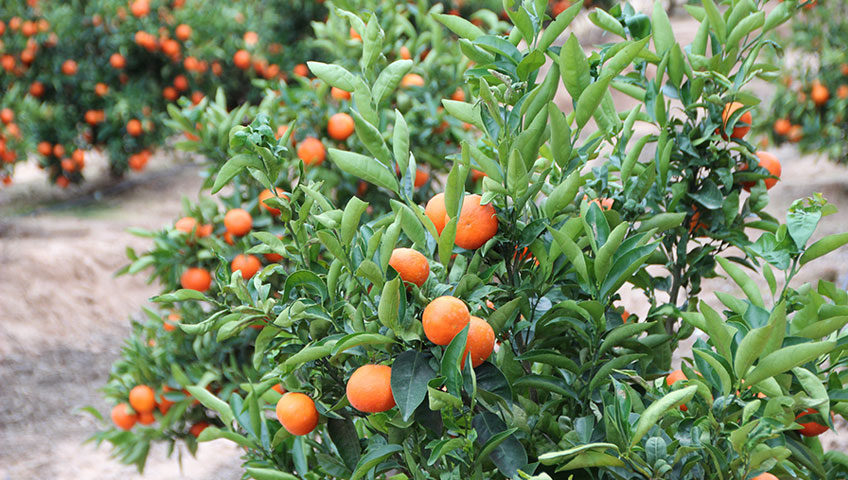 The efficacy of applying biocontrol agents, chemical fungicide and nematicide as protective treatments against the soilborne parasites, Fusarium spp. (Fusaria) and citrus nematode Tylenchulus semipenetrans Cobb was evaluated. The experiment took place under field conditions in a citrus orchard cultivated with 16-year-old sweet orange (Citrus sinensis L.) osbech cv. Valencia trees grafted on sour orange (C. aurantium L.) rootstock during the growing season November 2006/ October 2007. This orchard is located at Bader district, Behera governorate, Egypt. The populations of soil fauna and flora under trees canopy were examined just before treatment, and 1, 3, 6, 9 and 12 months after the treatment application. A visual inspection for the appearance of symptoms related to Fusarium or nematode infection on treated and untreated citrus trees was carried out periodically every two weeks throughout the experimental period.

The populations of Fusarium spp. were gradually decreased throughout the experimental period. However, the antagonistic bacterial isolates showed drastic effect for reducing the Fusaria population from 38.5% before treatments to a range of 1.2–4.0% after one month of such a bacterial application followed by the Kocide (fungicide) treatment which recorded 6.6%. Meanwhile, Fusaria populations of 18.4 and 16.3% were recorded as Fusaria population in treatments of the nematicide Carbofuran and entompathogenic nematode, respectively. Also, the population density of T. semipenetrans juveniles drastically decreased soon after all the treatment applications. Then after the nematode population build up during the growing season followed a natural distribution decline shape starting from the third month of application up to the ninth month, then it decreased. The citrus nematode increased steadily in the untreated check till September 2007 then its population level decreased. Treatments of Bacillus subtilis – B (20 ml) and Pseudomonas fluorescens (20 ml) gave the highest citrus yield followed by B. subtilis A (10 ml); B. subtilis B (10 ml) and Kocide (fungicide). Moreover, citrus trees treated with B. subtilis A (10 ml); P. fluorescens (10 ml) and Carbofuran (nematicide) had a higher yield production than trees treated with entomopathogenic nematodes Heterorhabditis egyptii (Abd-Elgawad and Ameen 2005). Yet, visual monitoring for disease incidence throughout the citrus orchard during the whole period of the study revealed no disease symptoms of any fusaria or nematode infection in treated trees. Untreated trees had a 1.9 and 3.1% fusaria and nematode infection, respectively. The importance of the present work, therefore, is based on the proposed bioagents as protective applications that are able to inhibit the citrus pathogens and prevent them from causing citrus damage.