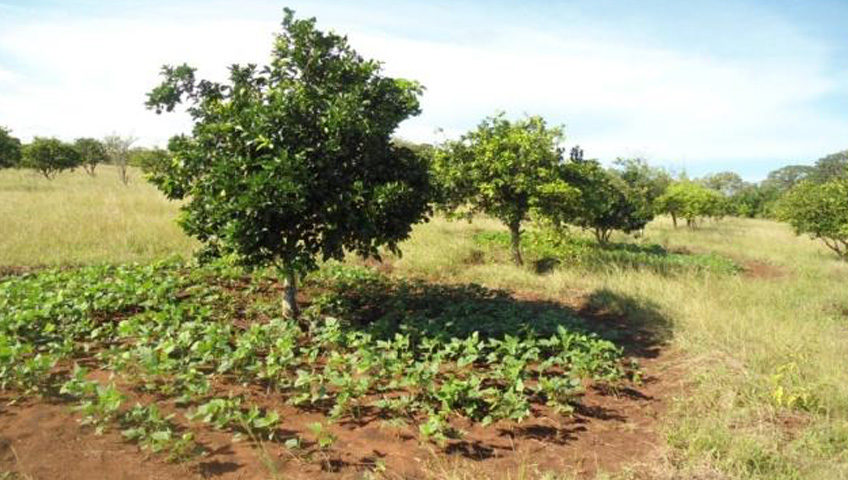 Recent reports show that orange yield and fruit quality is on the decline in Kenya’s coastal lowlands hence need for an efficient and sustainable production system. A field study was conducted in Vitengeni, Ganda and Matuga locations within the coastal lowland of Kenya from May 2012 to April 2015 to evaluate the effect of three legume cover crops on orange fruit weight and brix. The treatments included mucuna (Mucuna pruriens), dolichos (Lablab purpureus), cowpea (Vigna unguiculata) cover crops and fallow of natural vegetation as the control.