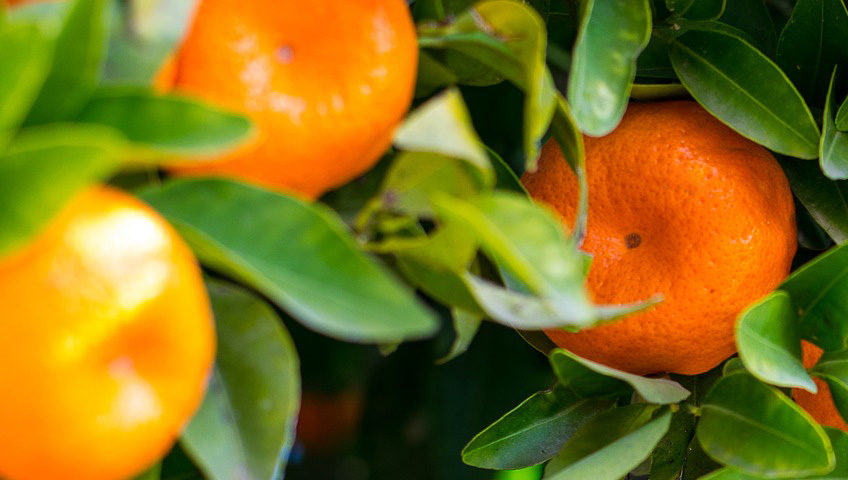 Like many fruit trees species, citrus trees blossom with high profusion and thereafter exhibit massive fruitlet abscission. Current evidence indicates that this process is under hormonal and metabolic regulation (Gillaspy et al. 1993). In citrus, it has been suggested that after hormonal activation of initial fruit growth subsequent development is mostly supported by nutrient supply (Talon et al. 1997). Thus, once mineral and water requirements are satisfied, competition for photoassimilates is thought to be responsible for fruit drop (Moss et al. 1972; Powell and Krezdorn 1977; Goldschmidt and Koch 1996).

We have recently shown through defoliation experiments that the sucrose status of the fruitlet is a major factor in the regulatory mechanism of citrus abscission (Mehouachi et al. 1995). Similar results have previously been presented for other species, including the elegant work by Beru” ter and Droz (1991) in apple. However, the nature of the hormonal signals that link carbon shortage and abscission are still unknown. According to the literature, major candidates for this function in citrus are gibberellins (GAs), abscisic acid (ABA) and ethylene. Gibberellins, which are promoted by both parthenocarpic stimuli (Talon et al. 1992) and pollination events (Ben-Cheikh et al. 1997), are apparently responsible for the ovary-to-fruit transition. On the other hand, the role of ethylene in enhancing fruit abscission in citrus has been proven in explants (see Goren 1993, for review). It has also been demonstrated that ethylene is the in-vivo hormonal activator of leaf abscission (Tudela and Primo-Millo 1992). In contrast, the function of ABA in fruit abscission is not well understood.