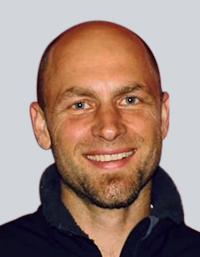 After completion of his studies, Hein joined Farmsecure Agriscience (FAS) as Horticulturist, specializing on citrus production practices.  During his time at FAS, he consulted to citrus growers in the Western Cape, Eastern Cape, Kwa Zulu Natal, Mpumalanga and Limpopo provinces as well as abroad in Egypt and Argentina.

In 2014 Hein and Jennilyn started First Fruits Consulting (FFC). FFC focusses expressly on citrus, with the aim to be able to provide specialist advice on production practices to citrus producers locally and abroad.

Hein is a Professional Natural Scientist with SACNASP since 2012.   He completed his AVCASA certification in 2014.

Jennilyn completed a BSc degree at the University of Stellenbosch in 2008.

She was later employed as a technical assistant at Farmsecure Agriscience for the citrus team.  During this time she assisted with administration, technical data, setting up of nutrition programmes and field work.

Waldo was raised in a cape winelands town, Worcester. He spent a lot of time with his grandfather in the vegetable garden on the farm where he developed a deep love and passion for soil and the cultivation of different crops.

He studied at the University of Stellenbosch graduating with a BSc Agric. in Soil and Water Management where he majored in Horticulture and Soil Science. When a chance to join FFC came around he jumped at it and has never looked back. Waldo has the ability to utilise his practical and technical knowledge to ensure and provide relevant, scientific, innovative production advise to citrus growers. Waldo enjoys combining new technology with standard practices to ensure optimal crop production resulting in high yields of quality citrus fruit.

Waldo is a Candidate Natural Scientist with SACNASP since 2017.

Christine has been an employee of Firstfruits Consulting since 2015.

She matriculated in 2010 from Augsburg Agricultural Gymnasium in Clanwilliam and received her BSc Molecular Biology and Biotechnology degree from Stellenbosch University in 2014. She has interests in research, microbiology and biological control of pests, and completed her AVCASA certification in 2017. She is also a Candidate Natural Scientist with SACNASP since 2017.

Christine is the Technical Manager at FFC where she receives all the client data, processes it and manages the analysis scheme. She started as a crop protection consultant in 2018 and has started specialising in biological control.

Marlize started her career at Anglogold in the costing and finance department, where she also started her studies at the University of South Africa and later moved on to do her articles.

She completed her BCompt degree and articles in 2004. She went on to work as Financial Manager and Accountant in the Johannesburg area for companies like the Imperial Group, Master Drilling Group of Companies and Resistant Materials Services before becoming a stay at home mom 5 years ago.

She joined Firstfruits Consulting as Accountant in 2017 managing the financial department.

Suné grew up in the beautiful town of Paarl in the Boland region of the Western Cape.

After finishing high school, she went on to work as an admin assistant, during which time she decided to enrol for a Management Assistant Diploma at Boland College, where she completed her N6 qualification in 2013.

Suné joined Firstfruits Consulting in 2018 as office administrator, managing all administrative duties and creating a professional and enjoyable work environment at the Firstfruits office.

Sibongiseni completed a 4-year BSc. Agric (Soil / Agron) degree followed by a BSc Agric honours degree in Soil Science at the University of Fort Hare, Eastern Cape at the end of 2014. He later completed a MSc. Agric (Agron) degree at Stellenbosch University, graduating in 2019.

Sibongiseni worked as Technical Assistant for 3 years at Stellenbosch University department of Agronomy, from 2015 until 2017, during which time his MSc studies started.  He was responsible for conducting field trials and overseeing soil and water analysis.

In 2018, Sibongiseni worked as a Junior Soil Science Researcher at Woodlands dairy farms in Humansdorp where his responsibilities included, amongst others, monitoring water use efficiency, optimising effluent management strategies, irrigation scheduling, soil sampling using a Geo-probe and fertilizer recommendations.

Sibongiseni is a Candidate Natural Scientist with SACNASP since 2015.

Jorika Cronje obtained a degree in soil science and a MScAgric degree in Horticulture from the University of Stellenbosch. She started her career at Agricultural Consultors International (ACIcc), later owned by Farmsecure, where she worked for eight years as soil scientist and horticulturist. In 2014, Jorika decided to combine her love for agriculture and her experience of the field to continue as an independent consultant that specializes in soil science and horticulture.

Jorika is experienced in soil classification and new orchard development as well as crop related technical advice for pome and stone fruit, table grapes, vineyards, citrus and alternative crops.  Jorika consulted to growers in Turkish citrus production regions for 3 years.  During this time she assisted with training of technical advisors from Turkey, Argentina and Chile.

Jorika is registered as a Professional Natural Scientist with SACNASP since 2013.

Nico Wasserall obtained a degree in B.Sc Conservation Ecology with soil science and a M.Sc. Agric degree in Soil Science from the University of Stellenbosch.

He started his career at Farmsecure as a member of the precision soil science team, where he worked for one year before working at Agrimotion for 3 years.

An independent approach enables Nico to partner with the necessary organizations and people required to ensure the optimal outcome is achieved.

Nico focuses on the planning of new orchards with a focus on soil potential and practical management techniques to ensure optimal production can be achieved.

Nico is registered as a Professional Natural Scientist with SACNASP since 2016 and is a member of Fertasa and the Soil Science Society of South Africa. 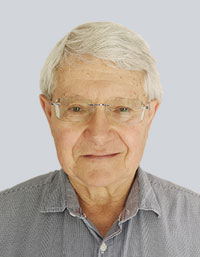 Bernhard obtained a BSc Agric degree majoring in Horticulture and Botany as well as a Teacher Diploma at University of Pretoria. After teaching for two years in Mpumalanga he furthered his studies at Stellenbosch University in Plant Physiology and Horticultural Sciences.

A short spell at Elsenburg College and Research Farm was followed by 20 years as technical manager with Kromco in Grabouw. Extensive experience with deciduous fruit trees was gained during this time that was followed by fruit business consultation locally as well as in South America. Intimate knowledge of the fruit business in Chile was obtained while consulting in that country over 13 years.

During the 1990s he also held a director’s position in a leading South African plant development company. In 1999 he was invited to become part of Unifrutti South Africa that culminated in the position of CEO. The main focus during this time moved from deciduous to citrus fruit and table grapes. Presently he still continues in an advisory position for Unifrutti as well as a renewed involvement with a few leading pome fruit producers.

Bernhard is involved with FirstFruits Consulting in an advisory role and as a mentor to management, contributing his vast fruit industry experience, management expertise and strategic thinking.